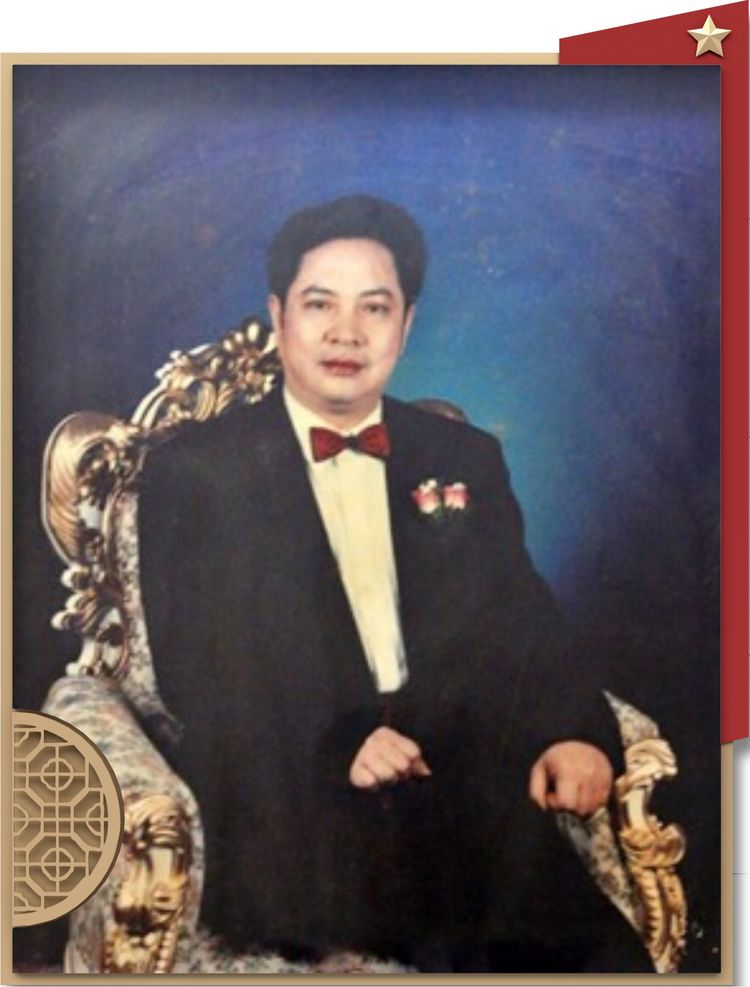 Chen Yue, named Green Lake, No. Lingnan drunk guest and green lake resident, from Longchuan County, Guangdong Province. Chinese calligrapher, powerful calligrapher, Jiuding artist and consultant of China International Art Association were selected into the national talent pool. He was rated as "Gold Award artist" by China International Modern Art Research Center and won the title of "famous contemporary calligraphy artist". At the same time, he was a senior researcher of China International Modern Art Research Center and a graduate tutor of Oxford Institute of art in the UK. 2018 and 2019 were included in the "people's representative newspaper" during the two sessions for two consecutive years to speak for the two sessions. In 2019, Mr. Chen Yue's works were selected as the national ceremony treasures of the "70th anniversary military parade of the founding of the people's Republic of China" (only 100 sets are limited nationwide), and were selected into the special issue of the military parade and awarded the medal of honor. 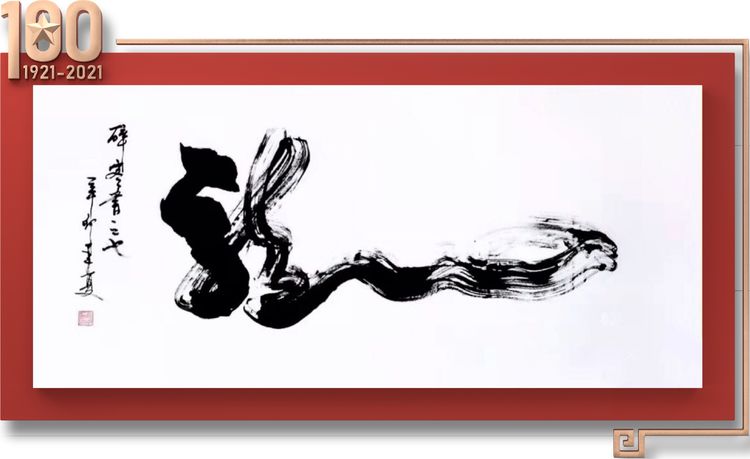 After graduating from the secondary normal school in 1976, he was directly transferred to the county government and once served as the Secretary of the county magistrate. He joined Huiyang Book Association in 1986. In 1988, Heyuan was established and transferred to the municipal government. In his spare time, he insisted on calligraphy practice, devoted himself to studying the calligraphy of famous historical masters and took them as his teacher. At the same time, he also studied the fine calligraphy of contemporary famous masters, absorbed their skills and composition, and enjoyed writing. Over the past 40 years, he has learned both Zheng, Cao, Li, Kai and Xing, and his calligraphy skills have made great progress. However, he has always kept a low profile. For more than 20 years in Heyuan, he has adhered to the "four noes", that is, no solo exhibition, no biography, no competition and no participation in the conference. Over the years, he has visited many famous mountains and rivers, places of interest and historic sites in the motherland, carefully observed the forest of Steles and stone carvings, broadened his vision, learned from others, formed his own personalized calligraphy art style, and entered the domestic and international calligraphy and painting market. 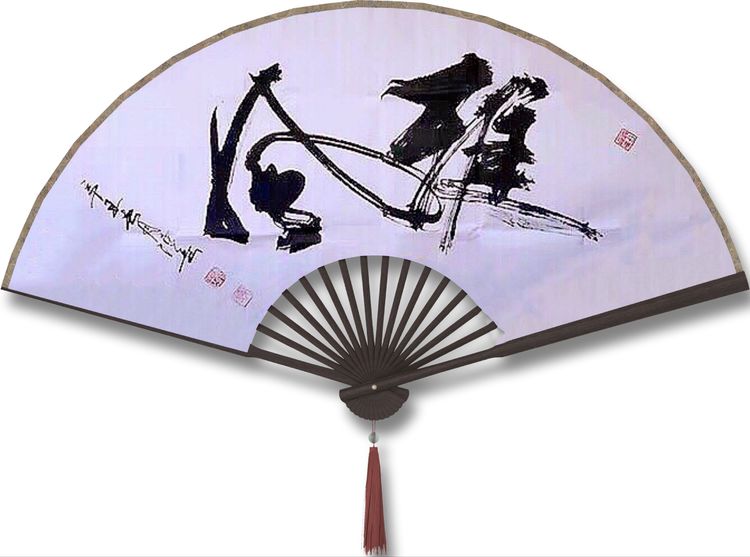 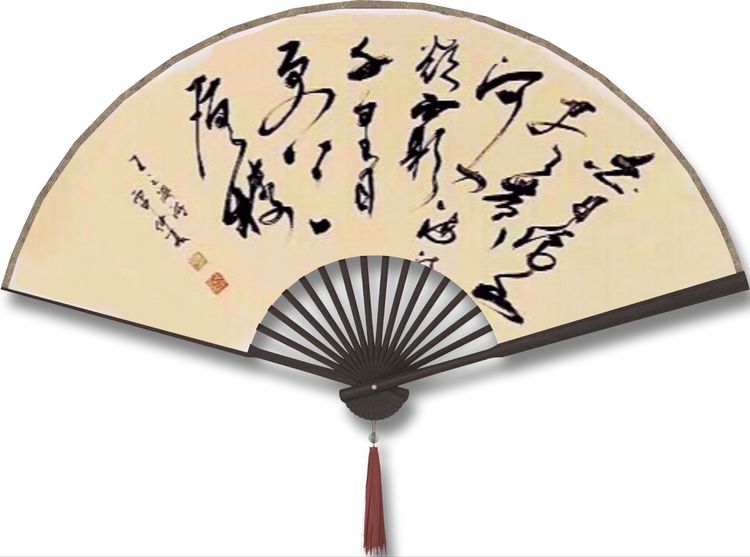 With the support of Chinese people and the recognition of his peers, Chen Yue has become a famous Chinese calligrapher, powerful calligrapher, Jiuding artist and consultant of China International Art Association, and has been selected into the national talent pool. He was rated as "Gold Award artist" by China International Modern Art Research Center, won the title of "famous contemporary calligraphy artist", and was also a senior researcher of China International Modern Art Research Center. His works "true water without fragrance" and "Li Bai's poetry" were selected into "Chinese style". It was incorporated into the calligraphy and painting art volume of the large-scale art publicity document of the China culture and Information Association. Invited by meixun.com, interview with famous artists of charm and painting of China calligraphy and painting collection channel, CCTV, Chinese channel, Xinhua news agency, Chinese reception hall of xinhua.com, people's daily and other exclusive interviews, invited by the catalog system of "calligraphy and painting life" column of Macao lotus satellite TV, and sincerely invited by the Chinese quintessence Art Research Association, At the invitation of the Institute of Chinese culture, he was honored to be selected into the hall of fame of Chinese culture. 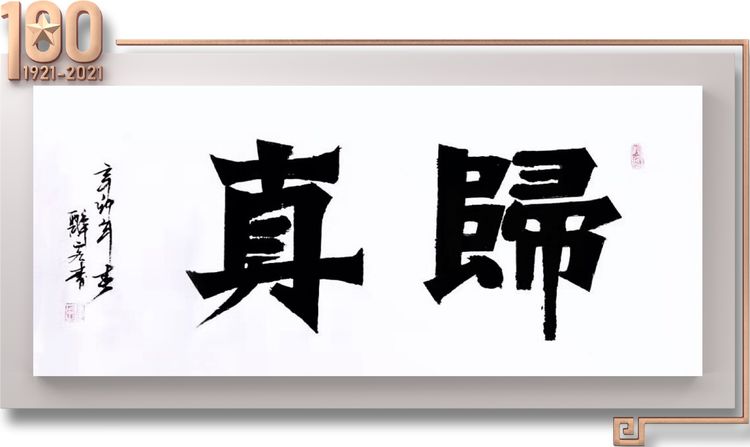 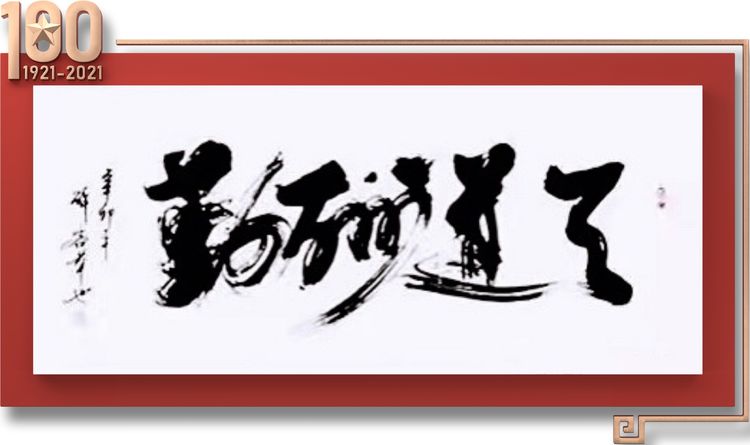 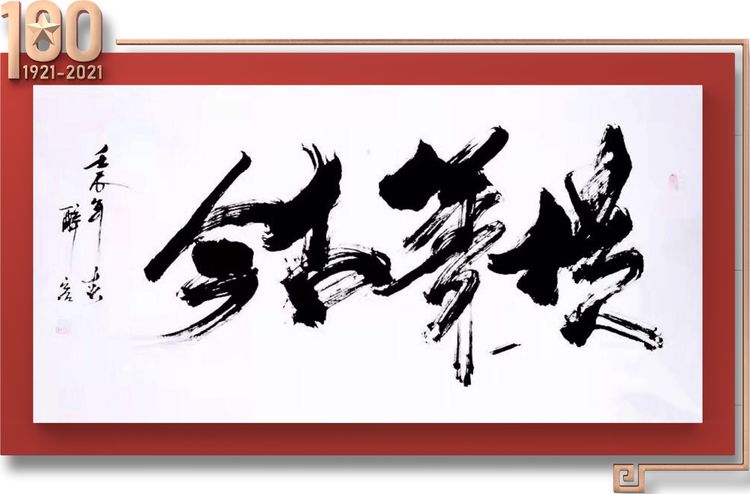 In the theme activity of "Celebrating the 18th National Congress" of national famous calligraphers and painters, he won the gold award of "praising the red flag - artistic style figure", was included in the artist needed by the people by the Chinese Fuxi Culture Research Association, was known as a leading figure in the art world, and was included in the telephone card and stamp pictures of the theme of celebrating the 18th National Congress published by China Post He joined the southern Guangdong meritorious service ceremony, was specially hired as a senior consultant by Beijing Kyushu art sea, and signed a contract with a top-grade calligrapher and painter. We sincerely invite you to participate in the annual World Chinese art exhibition, the fourth Paris exhibition of Chinese Calligraphers and painters, and invite you to be included in the friendly art exchange. 2018 and 2019 were included in the "people's representative newspaper" during the two sessions for two consecutive years to speak for the two sessions. In 2019, Mr. Chen Yue's works were selected as the national ceremony treasures of the "70th anniversary military parade of the founding of the people's Republic of China" (only 100 sets are limited nationwide), and were selected into the special issue of the military parade and awarded the medal of honor. 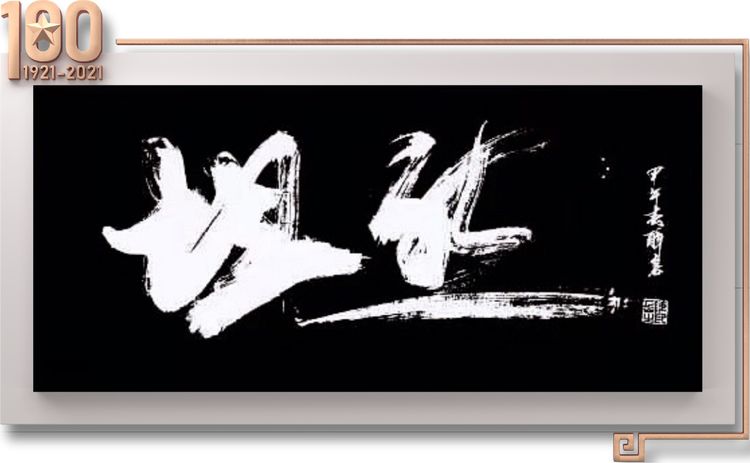 It's a pity that it's a little late for Chen yuesun, a famous calligrapher, to write books in court and feel that he studied books at the age of 15. Mr. Chen Yue, a famous contemporary calligrapher, has no such regret, because he began to learn calligraphy at the age of eight. He has a smart talent and early understanding of the inion. Although his family is poor, he can practice hard in the cold and summer. After dozens of spring and autumn, he has become a confidant of the calligraphy inion. He is also a great skill in spreading the charm of the Wei and Jin Dynasties, cultivating the grand ceremony of the Tang Dynasty and building the meaning of the song people!

His calligraphy pen has the pleasure of flying freely. With great strength, he is connected to the pen tube. His pen is like holding a sword, and his momentum is like walking to the ends of the world. It is full of extreme visual tension. This source of visual tension of calligraphy is very valuable and rare, because it requires a refined and deep understanding of stele learning. His calligraphy starts from the red Wei stele, and the twenty Longmen products are figured out one by one. Nothing is lost. The heart chases the hand, and finally gets the view! He integrated the strangeness, difference, Qi, potential, movement and shape of the Wei tablet into his calligraphy feelings bit by bit. He not only knew well the shaping method of the ten beauties of the Wei tablet, but also loved the stele study as the eternal spread of the dragon vein of calligraphy. Therefore, writing is like holding iron, drawing sand with an iron cone, writing muscles and bones, which is both bearing and style! Calligraphy according to this style and vertical and horizontal paper, must be the joy of killing paper in the air and chasing rabbits by autumn Eagles! 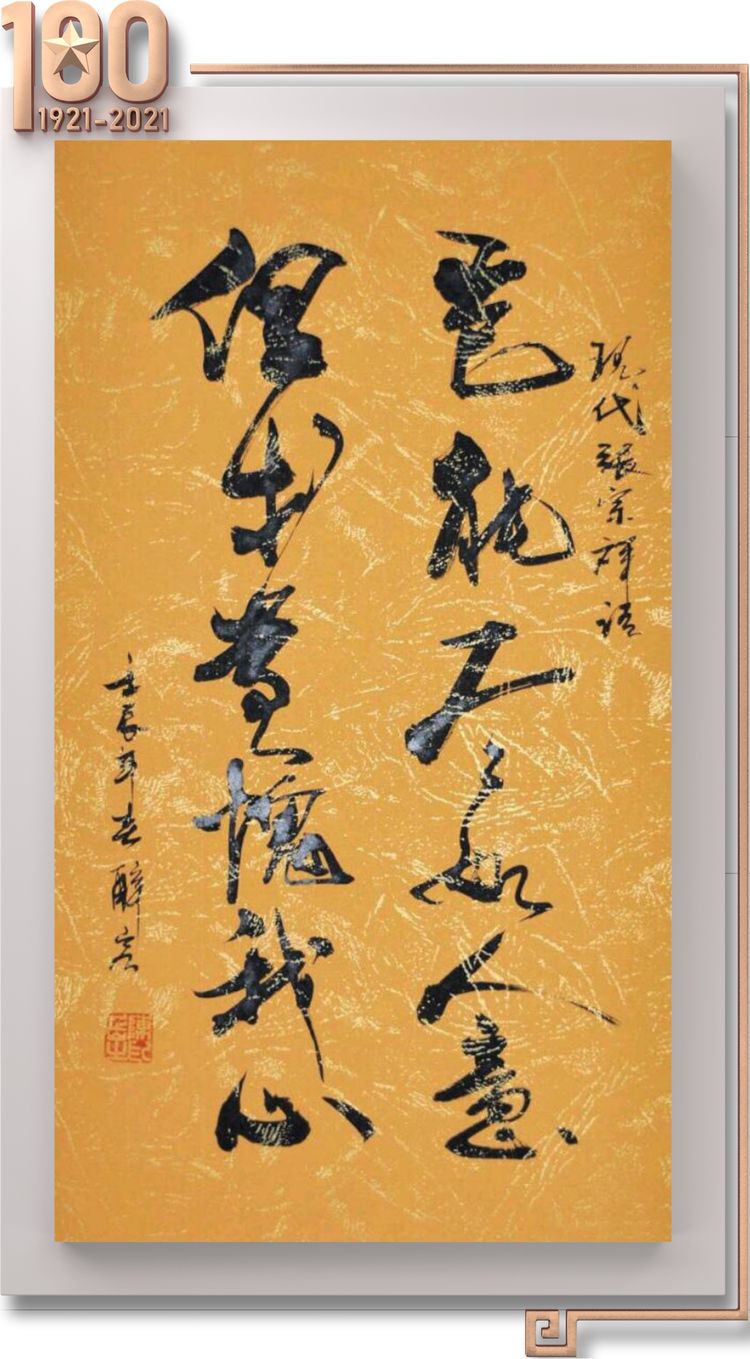 The quality of calligraphy originates from the strength of Steles, which is not the uniqueness of Mr. Chen Yue, but the commonness of all calligraphers in previous dynasties. Wang Xizhi, the sage of calligraphy, crossed the river and went north to look for the character of stele learning. He toured the Qifeng temple in northern China and sighed at the stele books of previous dynasties: when he was young, he studied books with Mrs. Wei and was confined to one family. He didn't know that the stele study was broad and far away, and wasted years and years! So it opened the wonderful journey of stele learning and self-restraint calligraphy. Ouyang Xun of the Tang Dynasty met inions while riding a flying horse and reined in his horse to view the monument. He was shocked by Suo Jing's stele book. He stayed in front of the monument for three days and lay in front of the monument without sleeping or eating. It can be seen that the charm of stele learning is infinite. Contemporary Chen Yue is still an authentic scholar of stele learning, so his calligraphy is a way to sharpen the culture of stele learning. His footprints traverse famous mountains and rivers, scenic spots and historic sites, look up at the cliffs and stele forests, and even open his mind and vision. He takes the spirit of stele learning and writes the spirit of the future. Calligraphy is eye-catching and moving according to the spirit of spirit. It is the grand atmosphere of traditional calligraphy, It was written by contemporary masters as a wonderful culture again, so his calligraphy has become a benchmark at home and abroad, with the authentic taste of cultural soft power! 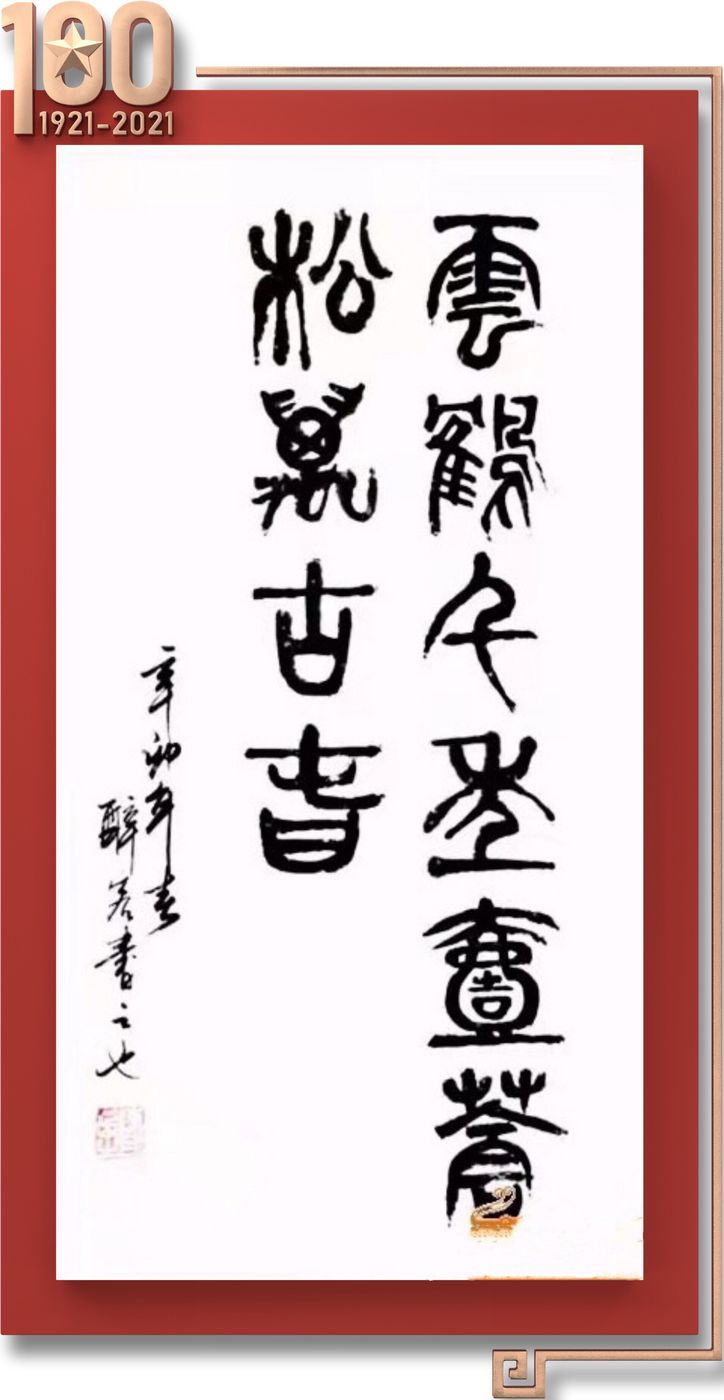 His calligraphy is not only highly ancient, but also exquisite contemporary masters. In the process of learning from the past and seeking change from the present, it has always been the low-key persistence of scholars. Calligraphy skills are profound. It is composed of five bodies: Zheng, Cao, Li, Kai and Xing. It is not publicized, but my virtue. Calligraphy is the nature and nature of Yu Si, indifferent to fame and wealth, and quiet can lead to a long way. Therefore, watching his running  or cursive writing is often a realm of great strength and far-reaching sword. There is the heroic texture of scholar's courage, as well as the emptiness and elegance of Zen style and rhyme. It is really a philosophical experience of combining hardness with softness and taking care of emptiness and reality!

He has extensive experience in various styles, mends inions and calligraphy, knows the formula of pen and ink, and understands the character. Such an outstanding calligrapher always adheres to the physical cultivation style of no solo exhibition, no biography, no competition and no participation, takes calligraphy as a platform for cultural cultivation, and never indulges calligraphy as a means of making great achievements and profits. Such a calligrapher is a real calligrapher! Virtue is lofty, although living in the mountains, it is also famous. Although the elegant demeanor is a great hermit, it has also become an example. Therefore, mainstream institutions such as CCTV, China television network, Chinese channel, Xinhua news agency and Xinhuanet have recommended this calligrapher with skilled skills and noble morality, which makes people feel that books are as elegant as people! Calligraphy is the core driving force for everyone to become famous. Without exception, it is such an extraordinary personality of double cultivation of morality and art（ Famous art critic - Yang Zhenming (June 2019) 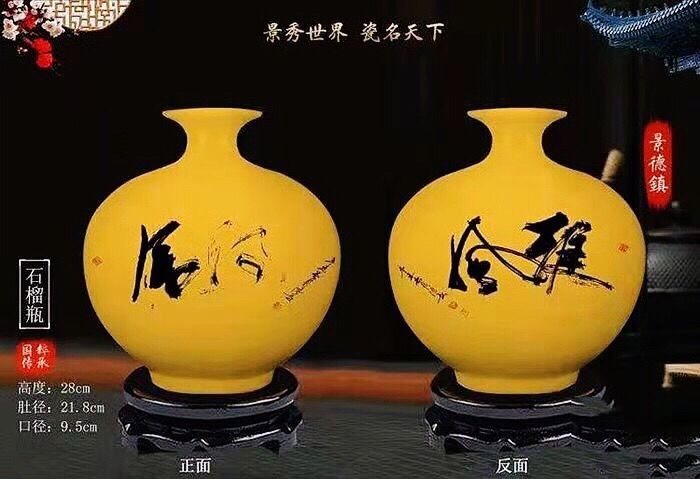